‘I was a teacher for 17 years, but I couldn’t read or write’

John Corcoran grew up in New Mexico in the US during the 1940s and 50s. One of six siblings, he graduated from high school, went on to university, and became a teacher in the 1960s - a job he held for 17 years. But, as he explains here, he hid an extraordinary secret.

When I was a child I was told by my parents that I was a winner, and for the first six years of my life I believed what my parents had told me.

I was late in talking, but I went off to school with high hopes of learning to read like my sisters, and for the first year things were fine because there weren't many demands on us other than standing in the right line, sitting down, keeping our mouths shut and going to the bathroom on time.

And then in the second grade we were supposed to learn to read. But for me it was like opening a Chinese newspaper and looking at it - I didn't understand what those lines were, and as a child of six, seven, eight years old I didn't know how to articulate the problem.

I remember praying at night and saying, "Please Lord, let me know how to read tomorrow when I get up" and sometimes I'd even turn on the light and get a book and look at it and see if I got a miracle. But I didn't get that miracle. 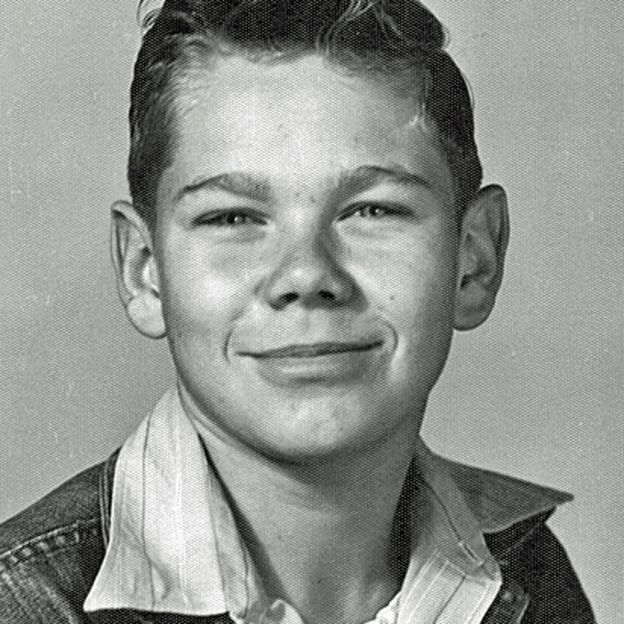 The teacher didn't call it the "dumb row" - there wasn't any cruelty or anything - but the kids called it the dumb row, and when you're in that dumb row you start thinking you're dumb.

At teacher conferences my teacher told my parents, "He's a smart boy, he'll get it," and they moved me on to the third grade.

"He's a smart boy, he'll get it," and they moved me on to the fourth grade.

"He's a smart boy, he'll get it," and they moved me on to the fifth grade.

I got up every day, got dressed, went to school and I was going to war

But I wasn't getting it.

By the time I got to the fifth grade I'd basically given up on myself in terms of reading. I got up every day, got dressed, went to school and I was going to war. I hated the classroom. It was a hostile environment and I had to find a way to survive.

By the seventh grade I was sitting in the principal's office most of the day. I was in fights, I was defiant, I was a clown, I was a disruptor, I got expelled from school.

By the time I got to the eighth grade I got tired of embarrassing myself and my family. I decided I was going to behave myself now - if you behave in high school you can find your way through the system. So I was going to be a teacher's pet and do everything necessary to pass that system.

I wanted to be an athlete - I had athletic skills, and I had maths skills - I could count money and make change before I even went to school and I learned the times tables.

I had social skills too - I ran around with college kids, I dated the valedictorian - the student with the highest grades who gives a speech at the graduation ceremony, I was the homecoming king, I had people - mostly girls - do my homework for me.

I could write my name and there were some words that I could remember, but I couldn't write a sentence - I was in high school and reading at the second or third grade level. And I never told anybody that I couldn't read.

When I was taking a test I would look at someone else's paper, or I'd pass my paper over to somebody else and they'd answer the questions for me - it was fairly easy, amateur cheating. But when I went off to college on a full athletic scholarship it was a different story.

I thought, "Oh my gosh, this is way over my head, how am I going to be able to get through this?" 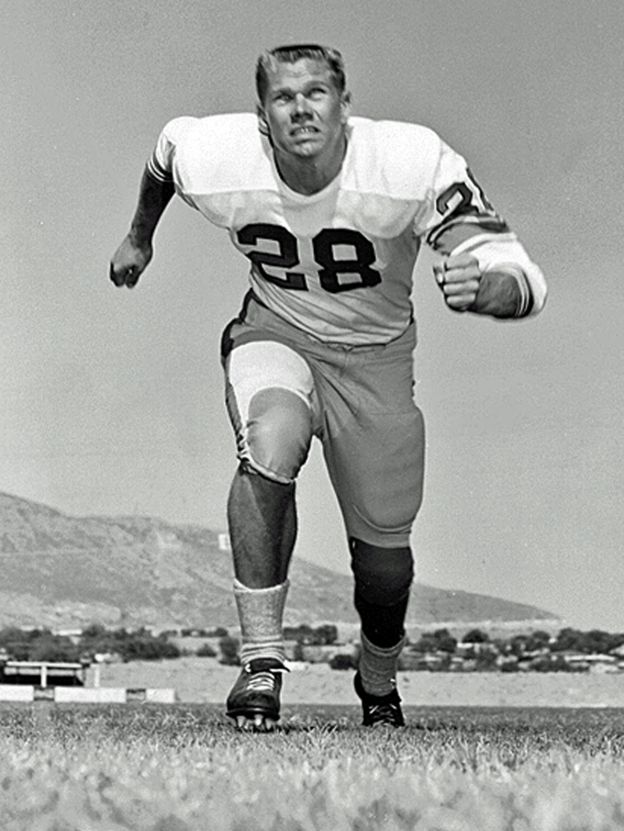 I belonged to a social fraternity who had copies of old exam papers. That was one way to cheat. I tried to take classes with a partner, somebody who would help me through. There were professors who used the same test year after year. But I also had to resort to more creative and desperate things.

In one exam the professor put four questions on the board. I was sitting at the back of the room, near the window, behind the older students.

I had my blue book and I painstakingly copied the four questions off the board. I didn't know what those questions said.

I had arranged for a friend of mine to be outside the window. He was probably the smartest kid in school, but he was also shy and he'd asked me to fix him up with a girl by the name of Mary who he wanted to go to the spring formal dance with.

I passed my blue book out the window to him and he answered the questions for me.

I had another blue exam book underneath my shirt and I took it out and pretended I was writing in it.

I was praying that my friend was going to be able to get my book back to me and that he was going to get the right answers.

I was so desperate. I needed to pass courses. I was at risk.

They’re not my children! They’re my students! by Dr. Terance Shipman

It's in our schools now! By Dr. Terance Shipman